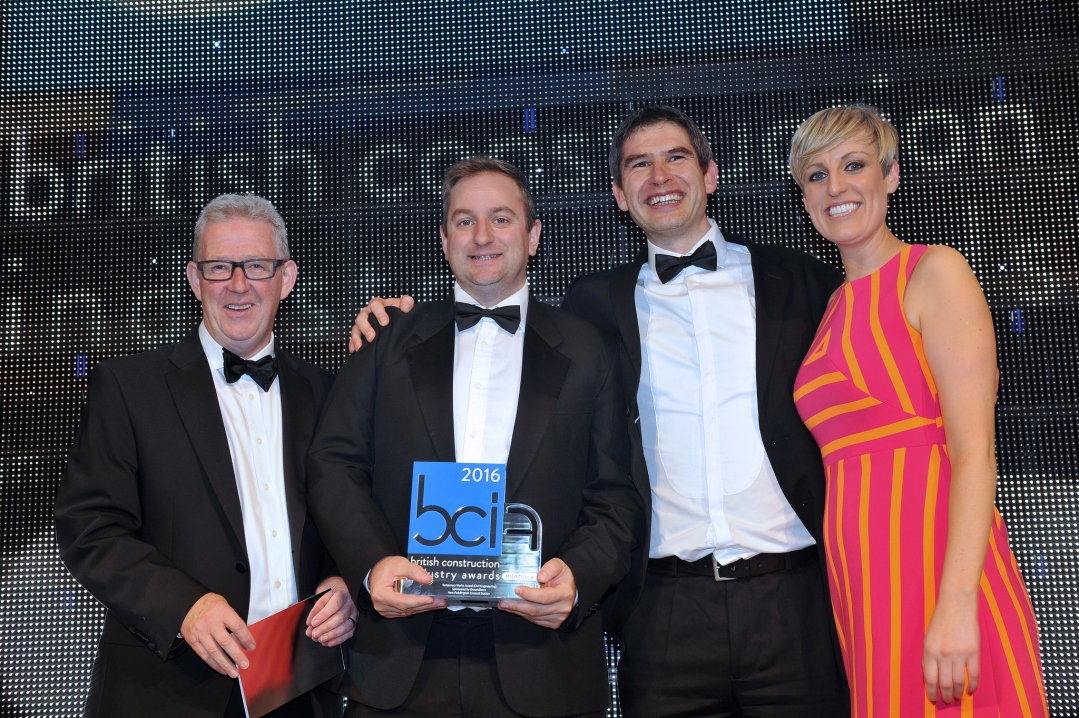 Byrne Bros. are proud to announce that they have won the Temporary Works Award (Civil Engineering) at this year’s British Construction Industry Awards, for their works on the Elliptical Columns at the Paddington Crossrail Project.

The Architectural Feature Columns support the permanent structure within the Concourse area of the Station and are therefore visible to members of the public who use the facility. The logistical and engineering constraints presented a major challenge for the Byrne Bros team. The Site team had to draw on the vast amount of knowledge and experience within the company and wider supply chain to develop a design concept.

The principle of the design was to utilise the temporary Plunge Columns to support a climbing frame structure that would facilitate all the works associated with constructing the architectural Column. The second phase was to execute the works and inevitably produce the finished Column. To achieve this, a dedicated construction team was assembled to undertake a live ‘Mock-up’ scenario which replicated the site conditions. This provided an invaluable learning curve whereby problems were identified and solutions agreed in advance of starting the ‘real’ permanent Columns. In doing so we produced an innovative design with enhanced safety measures, significant programme benefits and considerable cost savings.

The British Construction Industry Awards seek to recognise and reward excellence in project delivery. The awards are the only construction industry awards scheme to have the backing of the Prime Minister.

A panel of judges visited all sites shortlisted and held rigorous interviews with the site teams prior to the Awards ceremony on 12th October at Grosvenor House Hotel.

Byrne Bros. senior management would like to congratulate all that were involved in the delivery of this complex, but highly successful project.